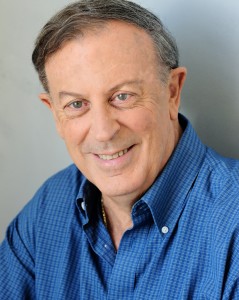 tional experience in all areas of the media and entertainment industries. He is a well known radio and TV presenter, having spent many years with the Australian Broadcasting Corporation and various commercial radio and TV stations. His profile embraces news and sports anchoring, lifestyle shows, current affairs, talk back radio and he produces hosts the internet radio program RadioOutThere.com now in its 11th year, enjoying a worldwide audience.

As a writer he has scripted and narrated many documentary films and corporate presentations and written numerous feature stories for magazines and newspapers on everything from astrology to travel.

His first book ‘Afterlife – Uncovering the Secrets of Life After Death’, tracing the journey of the spirit in between incarnations, was published in 2011 by Allen and Unwin in Australia and New Zealand and now published in the US by Tarcher, an imprint of Penguin Books. It is now released in Hungary, The Czech Republic and Slovakia in the language of each country.  The third part of the Afterlife Trilogy, “Past Lives Unveiled, A Fresh New Look at Reincarnation” will be released in early 2019.

Barry is a qualified astrologer, psychic and medium and in 2012 did what he terms a postgraduate course in mediumship at the world famous Arthur Findlay College in the UK. He was also given the 2012 Hall of Fame Award by the Australian Psychics Association.


Barry is also an accomplished speaker and has spoken about the afterlife at The Nexus Conference in 2012 and again in 2014. He helped produce Australia’s inaugural Afterlife Conference in Sydney in 2015, at which he not only one of the speakers, but also MC for the three day event. He spoke at and also MC’d the second and third Afterlife Conferences in Melbourne and Byron Bay Australia in 2016 and 2017.

In his mainstream career he co-hosted the spectacular ANZAC Military Tattoo at Sydney’s Superdome in 2006 and then hosted The Tattoo Spectacular in Perth in 2007.  Barry originally trained as an actor and has appeared in a number of films, stage productions and TV shows in a wide range of roles.

As Head of the Faculty of Journalism at Macleay College in Sydney, Barry lectured in radio journalism and production from 1995-99. He has also has wide corporate experience, running his own company, which  embraced  media consulting, video and audio production and special event marketing and publicity.

He is still in demand as a voice over artist/actor and has narrated a series of wildlife documentaries which are often seen on cable TV. Visitors to the Australian War Memorial in Canberra will hear him narrating the video presentations in the Korea and Vietnam Gallery. Barry’s voice is also heard guiding motorists on a GPS navigation system for certain vehicles such as Jaguars, Land Rovers etc.

**** Barry Eaton is available for bookings as an MC, guest speaker, voice over artist and also for intuitive consultations by telephone or Skype.

Please email him directly at RadioOutThere@Gmail.com for further details……